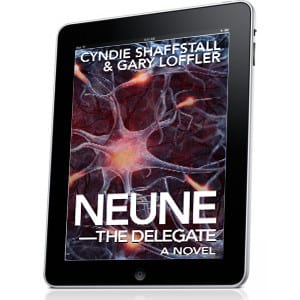 Neune—Without a body, the entity is unable to build, to create, or to explore the universe and satiate its ever-increasing craving for knowledge. Relegated to inhabit the atmosphere surrounding its own planet, it existed for thousands of years before the humanoids came. Like neurons of the brain, and so-named by the new visitors, the entity has at last been provided a means of travel—and exploration is now their primary edict.

The Whales—Hosted within the bodies of the sky-traveler humanoids, the Neune learns of the Whales, an intelligent lifeform that uses song as the basis of a complex language. It takes more than one hundred years before communication between the two species becomes possible, but in that time a bond is formed between the Neune and Whales. It is a bond of shared interests in the vast universe and the many universes beyond that. Together they seek planets with atmospheres capable of supporting the Whales and a place they can study and learn.

The Delegates—As time passes, the Neune and Whales become stymied by hosts who have satiated their own desire to explore. The Neune and Whales despite their alliance cannot advance their mission to establish a Trade Group—the Whales’ huge body forms are no more able to build ships than the Neune that lacks physical form.

Desperate, the Neune‘s first attempts at influencing their hosts are met with disastrous results, but there is new hope in a humanoid race on the planet Earth.

In the final book of the series, Neune: The Delegate is a short story providing you answers to questions you didn’t know to ask. Written in first-person narrative by Cyndie Shaffstall, best-selling author of Willows: The Creole, Neune will drag you back to the beginning… back to Peru, Greece, and the stories thereafter.