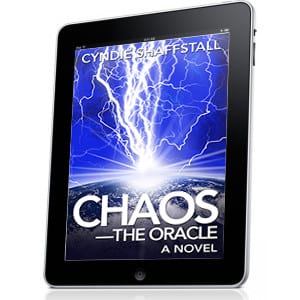 At the feet of Pythia, the greatest oracle in all of Greece, Zeus places an infant destined to become his Oracle and deliver his prophecies. This is the story of Chaos—from which all else came. A story of Titans and Olympians, and the many times they acted against their creations: man, woman, and beast. Is their meddling that of supreme creators—or someone, something, else—as the scholars of Akademia would have her believe?

In 334 BCE, Alexander the Great calls upon Hephaestion, his trusted childhood friend, to escort Zeus’s young oracle to Pella so she can issue him prophecies as he marches on Persia.

Crossing Greece and then Asia, the Oracle hears the theories of philosophers and scholars who suggest the gods—her gods—were mere mortals made more powerful with each generation’s telling of their deeds.

The voice of Zeus dims with the impious assertions, and she struggles to continue to hear his prophecies as requested by the Macedonian king. The teachings of her mentor and friend, Pythia, are challenged and maintaining her faith becomes more difficult in the devastating wake of Alexander’s conquests.

A complex tapestry woven of overlapping stories from Greek mythology, Greek history, and the conquests of Alexander the Great; Chaos richly illustrates and breathes life into the ancient world.

Chaos: The Oracle is the fourth book in The Delegate series, and like the stories before it, is told in the first-person narrative—as though you’ve come across her journal…. As you read, it becomes your journal, your story, and you are transported to the beginning of time.